Shipbuilding
Offshore
Shipping
Cruise
LNG
Finance
Supply
Progress
Publications
More
网站首页 > More
Chinese shocked by US White House‘s angry to its VOA for a photo
2020-4-11 19:26:39    来源：International Ship & Offshore Media China
Chinese people are shocked by a report said,The "Voice of America" (VOA), which has always been the mouthpiece of the US government, was angry and criticized by the White House, for a photo comparing China & USA‘s numbers of Convid-19 infected people. 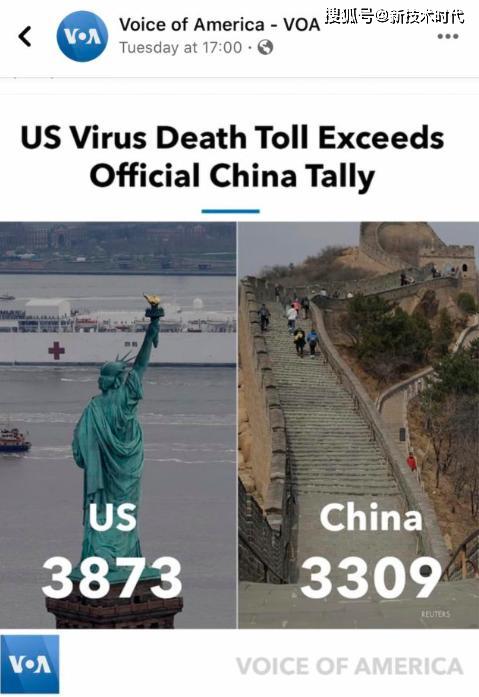 The White House criticized that "Voice of America" costs US taxpayers about $ 200 million a year, but "often represents the enemy of the United States, not the citizens of the United States." It also counted the "criminals" of "Voice of America":
The White House criticized the "Voice of America" on the grounds that it used China's epidemic statistics to make graphs and compare the death toll of China's new coronary pneumonia with the United States. In addition, so-called intelligence experts have been moved out, saying that the authenticity of China's data is in doubt, but no convincing reason can be given.
Why does such a picture make the White House angry? Is it really as it claims, because there are problems with the Chinese data used by VOA?
It's not that simple. In fact, as early as "Voice of America" released this comparison chart that made the US government "heart-wrenching", at 4:55 am on April 1, Beijing time, the statistics of the United States Johns Hopkins University showed the new American data. A total of 184,183 cases of convid-19 infected were diagnosed, and a total of 3,721 deaths, more than 3,305 cases in China.
Other industry updates may interest you: